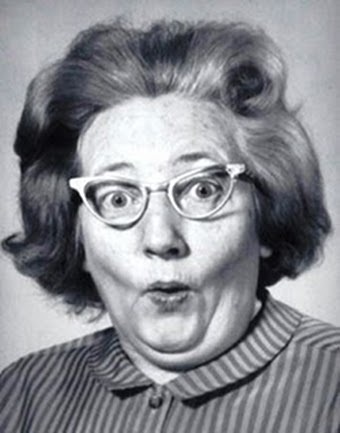 The other day I was reading a post entitled Out of the Mouths of Babes. If you’re a parent, you’ve had a moment where your kid says something so embarrassing you wish you could shrink to the size of a bug and fly away. Even though I have four children, all of the moments that came to mind involved only one…my son, Michael.

There’s a couple of things you need to know about Michael.

I remember this first story as if it was yesterday.

Michael and I were in a card shop and I was waiting in line at the register. He was three years old. He turned to me and asked loudly “Mommy, why did you fart?!” Ok, first…I didn’t.  And, second…how do you get out of that one?

Looking back, I don’t know why I handled it this way… but I decided to defend myself — in front of a crowd of people. “What? I didn’t fart!” The more I heard myself saying those words out loud, the more humiliated I became, and I sounded like I was lying.

When I got to the cashier, she was doubled over the register laughing. I didn’t learn my lesson. I said it again…“BUT, I DIDN’T FART!!” pleading with her to believe me. And she replied… “Kids are so honest, aren’t they?”

I walked sheepishly to the car with my face as red as a cranberry. Once inside I asked him… “Michael, why did you say that?” His response. “Oh, I know you didn’t. But the lady in front of us did.”

I wasn’t present for this second story. But it’s one for the history books.

My brother, Rick, decided to take Michael to McDonalds for lunch. When the cashier reached out her arm to give my brother his change, he decided to lift Michael up and let her give the money directly to him, for keeps.

As the women stood waiting to drop the change into Mikey’s palm, he

looked at her and said… “Keep the change, you filthy animal.” [We all remember that line from Home Alone, don’t we?] My brother said he dropped to the floor laughing. I’m glad somebody did. Ugg.

And for the grand finale….

We were staying at my parent’s house, and my dad was at the dining room table going over paperwork with a woman who was purchasing a piece of property from him. Michael was watching television in the next room. When I walked past the dining room I said hello to the woman. She didn’t acknowledge me. My dad seemed agitated…a bit on edge. Something was wrong.

After my dad saw her out, he shut the door calmly, then slowly turned around. “Well…YOUR son almost blew a property deal for me tonight.” What? Now, how could a toddler do that?

He continued… “YOUR son wandered into the dining room and proudly announced to the woman ‘My mom thinks you’re full of crap!’”

Well, that explains the cold shoulder.

I assured my dad that I never even met that woman before in my life. I asked Mikey, yet again, why he said such a thing. His answer…“The boy at the birthday party on TV said it to the

Ghostbusters. The boy’s dad thought they were full of crap!” [Ghostbusters 2]

I’m pretty sure this is when I started purchasing an extensive collection of Sesame Street tapes.